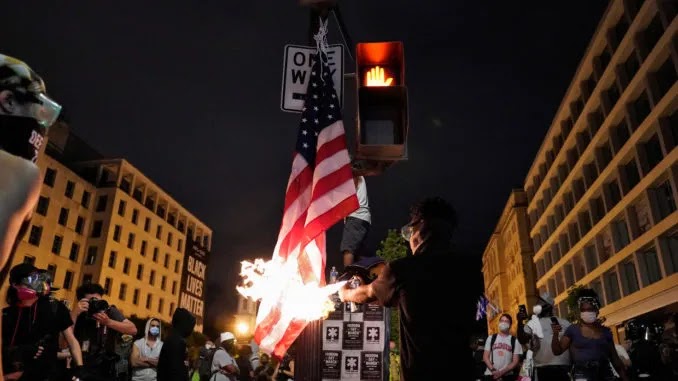 President Trump has called on Congress to “do something” about protesters who burn the American flag after demonstrators set Old Glory ablaze not far from the White House.

BLM protesters burn the American flag on #BlackLivesMatterPlaza , about a mile away from the White House. Reporting live on the scene @DailyCaller pic.twitter.com/Bng01kOOCP

In a tweet on Tuesday night Trump said: “It is a shame that Congress doesn’t do something about the lowlifes that burn the American Flag. It should be stopped, and now!”

Protesters were seen torching an American flag during a demonstration in the nation’s capital, not far from the White House. The crowds started cheering the flag burned.

This is just blocks from the White House, folks...

Pray for this country. pic.twitter.com/G6SnjiLbqd