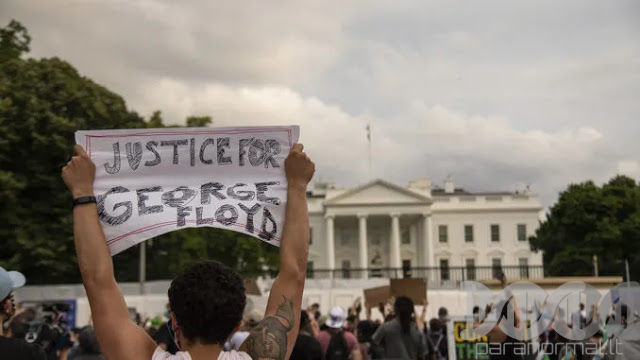 Violent clashes between secret service agents and rioters continued into Saturday morning outside the White House as protests over the death of George Floyd continue to sweep across the US.

US President Donald Trump praised the effective security measures used to keep the White House safe during protests in the capital.

Trump said he “was inside, watched every move, and couldn’t have felt more safe”. He also warned that any protesters who managed to breach the fence would have met by “vicious dogs” and “ominous weapons.”

....got too frisky or out of line, they would quickly come down on them, hard - didn’t know what hit them. The front line was replaced with fresh agents, like magic. Big crowd, professionally organized, but nobody came close to breaching the fence. If they had they would....

....have been greeted with the most vicious dogs, and most ominous weapons, I have ever seen. That’s when people would have been really badly hurt, at least. Many Secret Service agents just waiting for action. “We put the young ones on the front line, sir, they love it, and....

Trump later expressed doubts that the protesters had anything to do with the memory of George Floyd and accused them of being “professionally managed”. In a cryptic tweet he said “Tonight,(Saturday) I understand, is MAGA NIGHT AT THE WHITE HOUSE???”

The professionally managed so-called “protesters” at the White House had little to do with the memory of George Floyd. They were just there to cause trouble. The @SecretService handled them easily. Tonight, I understand, is MAGA NIGHT AT THE WHITE HOUSE???