Videos: Troops Arrive in U.S. Cities Ahead of Election Night 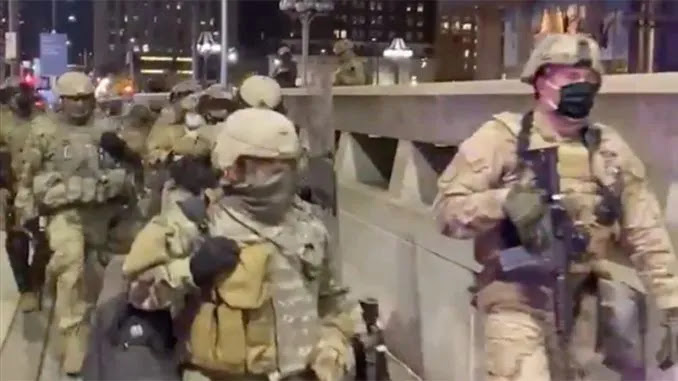 Troops have been deployed to several US cities ahead of the election, with the expectation that far-left anarchists will engage in violent civil unrest if Trump wins the election tonight.

Governors in Texas, Alabama, Arizona, Massachusetts, Oregon and Pennsylvania have activated troops to protect city halls and other government buildings.

Chicago, New York and DC also have troops on standby to be deployed.

MSM is still trying to act like there is no fear of riots and mayhem, yet as LA retail shops close their doors, you see Universities making statements warning their students and imploring them to stay inside.

Democrats have also suggested that they expect Trump supporters to engage in unrest if the President refuses to accept the election result.