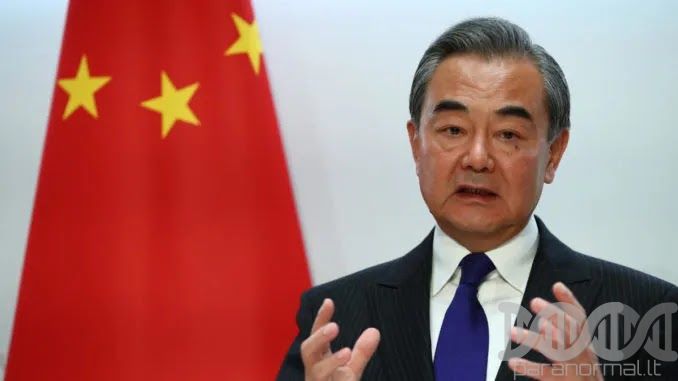 China’s foreign minister Wang Yi has accused the US of spreading “conspiracies and lies” about the coronavirus and escalating tensions between the two nations.

He said the US is pursuing policies that risk creating a protracted conflict with his country.

Tensions between China and the US have been mounting over the Covid-19 pandemic and the situation in Hong Kong.

“It has come to our attention that some political forces in the US are taking China-US relations hostage and pushing our two countries to the brink of a new Cold War,” Wang told reporters on Sunday.

RT reports: Washington has turned up its rhetoric and threats toward Beijing as the two countries continue to lock horns on a range of economic, political and security issues.

US lawmakers have vowed to introduce legislation that would impose sanctions on Chinese officials for “violating Hong Kong’s independence.” It came in response to Beijing’s new security law for the semi-autonomous region, which, critics said, strips people of their freedom. China, however, maintains that it is aimed at strengthening the bond between Hong Kong and the mainland. It has vowed to retaliate with sanctions of its own.

The Trump administration has also pressed China on its alleged role in the Covid-19 pandemic, claiming that Beijing was not forthcoming about the illness. US Secretary of State Mike Pompeo has even suggested that the virus may have originated from a laboratory in Wuhan, where the health crisis began. The Chinese government has repeatedly challenged Washington to back up its incendiary claims with evidence. Pompeo later admitted that there was no definite proof of that, yet refused to drop the allegation completely.