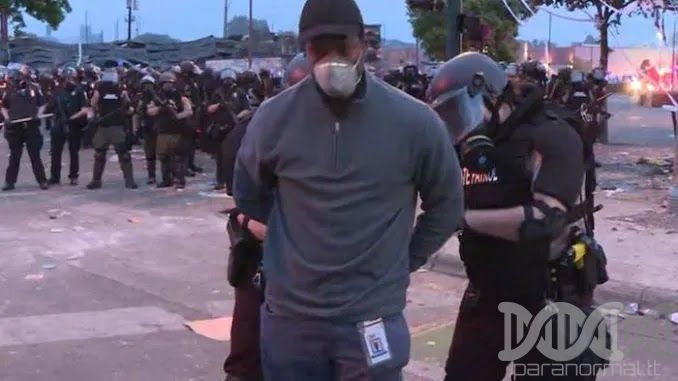 CNN correspondent Omar Jimenez, his producer and camera crew have been arrested by Minnesota State Police while broadcasting live on air on CNN in the middle of the Minneapolis riots.

Footage was published online, which you can see below, and many of Jimenez’s outraged CNN colleagues took to Twitter in outcry, with some claiming the arrest was “racist.”

“That is an American television reporter Omar Jimenez being led away by police officers,” said CNN host John Berman while live footage showed Jimenez in handcuffs being taken into police custody. “He clearly identified himself as a reporter, he was respectfully explaining to the state police that our CNN team was there and moving away as they would request. And then for some reason he was just taken into police custody live on television.” 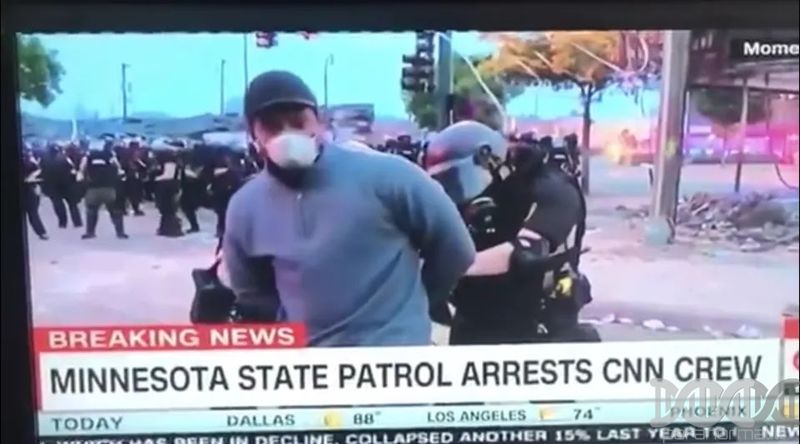 CNN has confirmed the reporter was arrested and taken into custody, adding that a producer and camera operator were also arrested by State Police.

“A CNN reporter and his production team were arrested this morning in Minneapolis for doing their jobs, despite identifying themselves — a clear violation of their First Amendment rights. The authorities in Minnesota, including the Governor, must release the three CNN employees immediately,” a statement from the network read.

Of course, there were cries about racism from CNN even though a white cameraman was arrested too.

CNN’s Josh Campell, who was also in the area but not standing with the on-air crew, said he was approached by police, but was allowed to remain.
“I identified myself … they said, ‘OK, you’re permitted to be in the area,‘” recounted Campbell. “I was treated much differently than (Jimenez) was.”