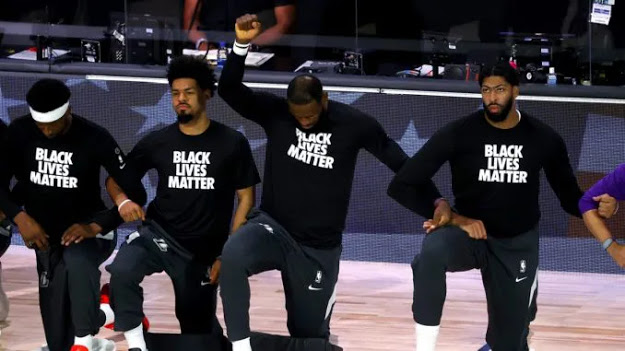 Both Game 1 and 2 of the NBA Finals between the L.A. Lakers and the Miami Heat have suffered the worst ratings crash in the league’s entire TV broadcast history, as patriots continue turning off their TVs in protest at basketball becoming far too political.

Despite the matchup including two of the league’s biggest stars (LeBron James and Anthony Davis), Game 1 of the Finals on Wednesday was a unprecedented ratings disaster for the NBA.

Game 1 averaged only a 4.1 rating and 7.41 million viewers on ABC, “comfortably the lowest rated and least-watched NBA Finals game on record (dates back to 1988),” Sports Media Watch reported.

Breitbart report: But if the league thought things might improve for Game 2, it had a bitter pill to swallow because the second in the series did even worse than the first.

Game 2 cratered with just 4.5 million viewers and a dismal 1. 9 in the ratings. This embarrassing showing was down 68 percent over Game 2 in 2019.

The 2020 Game 2 event now rates as the lowest ratings ever for an NBA Finals game. Until Friday, Wednesday’s Game 1 was the lowest-rated in league history. So, it seems the Finals keep going down.

This horrific collapse should not be surprising after polls have found that many fans now believe that basketball is far too political.

A Sept. 2 Harris poll found that 39 percent of respondent who identified as sports fans felt that the league was too political. And another 19 percent said that they had turned off pro basketball because of the NBA’s deep links to China.

The 2020 post-COVID season launched with the heavy-handed presence of the anti-American Black Lives Matter agenda.

For his part, OutKick’s Jason Whitlock thanks LeBron James for personally destroying the NBA’s popularity.

Killing the NBA's popularity in the US will be LeBron's legacy. Didn't have to be this way. Sad. Can't be the GOAT if you kill the game. #AirJordanForever https://t.co/vxK2m2e5D7