Hillary Clinton, Who Can’t Shut Up About 2016, Claims Trump ‘Won’t Go Silently’ If He Loses 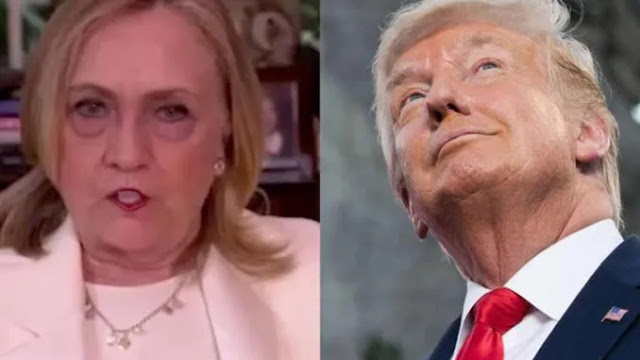 Twice-failed presidential candidate Hillary Clinton, who spent the last three and a half years blaming everybody but herself for her 2016 loss, sent irony meters through the roof this week when she warned President Trump won’t “go silently” if he loses the November election.

“I don’t want to scare people, but I want you to be prepared. I have every reason to believe that Trump is not going to go, you know, silently into the night if he loses. He’s going to try to confuse us, he’s going to try to bring all kinds of lawsuits, he’s got his crony Attorney General (William) Barr ready to do whatever is necessary,” Clinton said.

In other news, Hillary Clinton has said if she is asked to serve in the potential Biden administration that she’s ‘ready to help’ fix the US.

The twice failed presidential candidate made her remarks while speaking during The 19th Represents Summit on Thursday.