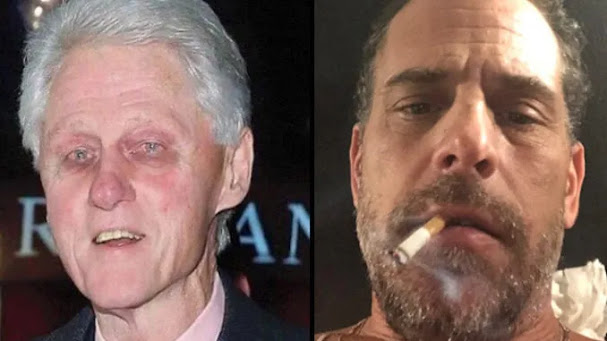 According to a leaked email sent by Hunter Biden, former President Bill Clinton invited him on a trip to Haiti in 2010 — as though Haiti didn’t have enough problems with the Clintons, without them bringing drug and sex-addicted degenerate son of Joe Biden to the island.

The email was found in a trove of leaked documents currently being reviewed in a joint effort by District Herald and the Nationalist Review, provided to the outlets on Friday by a source who obtained them from former Mayor Rudy Giuliani.

In an email on June 18, 2010, to President Bill Clinton’s deputy assistant and councilor, Doug Band, Joe Biden’s son Hunter discussed seeing the former president in Arkansas and being invited on a trip to Haiti with Clinton. 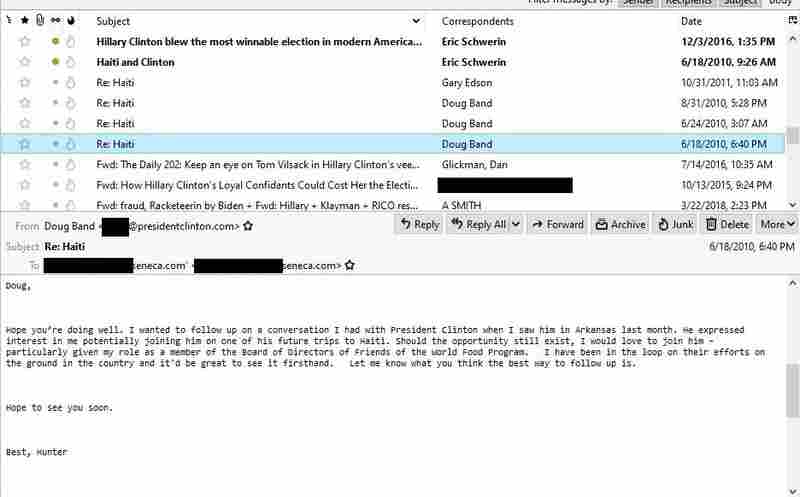 “Hope you’re doing well. I wanted to follow up on a conversation I had with President Clinton when I saw him in Arkansas last month. He expressed interest in me potentially joining him on one of his future trips to Haiti. Should the opportunity still exist, I would love to join him – particularly given my role as a member of the Board of Directors of Friends of the World Food Program. I have been in the loop on their efforts on the ground in the country and it’d be great to see it firsthand. Let me know what you think the best way to follow up is,” the email reads.

In response, Band wrote “Appreciate the invitation. We are in africa now and headed to moscow on 29, home 30. Let me know when your next in ny good luck with the event.”

The conversation continued and Hunter Biden ended up meeting with Band in NYC to lock down a trip in September of that year.

In an email to Doug Davenport, Hunter Biden explained that the goal of the meeting was to secure the Haiti trip with Bill Clinton.

The email chain goes silent at this point and it is unclear if Hunter Biden ended up joining Bill Clinton in Haiti.

What happens in Haiti stays in Haiti?

Hunter Biden and his business associates are under an active FBI criminal investigation focussed on money laundering, a Department of Justice official has confirmed to Sinclair Broadcast Group.

Sinclair investigative reporter James Rosen has also spoken with a central witness in these allegations, which suggests that former vice president Joe Biden knew more than he has acknowledged about his son’s overseas dealings.