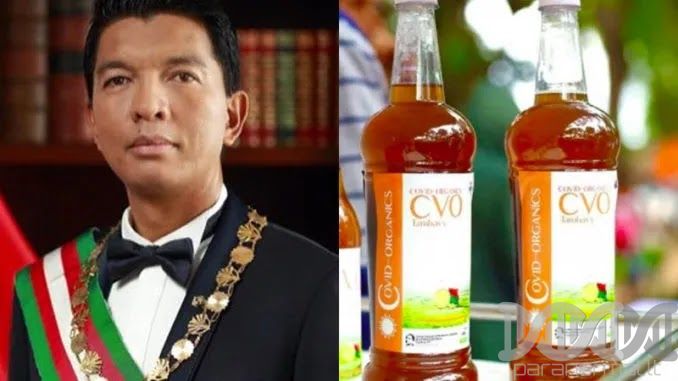 The President of Madagascar has reportedly claimed that the World Health Organization offered a $20 million bribe to poison a herbal COVID-19 cure developed in is country.

Called COVID-19 Organics, made from Artemisia, a plant with proven success in treating malaria, and other indiginous plants can cure coronavirus patients within ten days according to President Andry Rajoelina.

Rajoelina said Madagascar has now left the WHO and has urged other African nations to do the same as demand for the herbal remedy grows.

The Zambian Observer reports: He also raised the question that if it was a European country that had actually discovered this remedy, would there be so much doubt?

The President of Madagascar Andry Rajoelina has accused the World Health Organisation of a plot to have its COVID-19 Organics, the local African ‘cure’ for the virus poisoned. Rajoelina claims WHO offered a $20 million bribe to poisoned their medicine, Tanzania Perspective reported on the front-page of its 14th May edition.

The President of Madagascar believes the only reason the rest of the world has refused to treat Madagascar’s cure for the coronavirus with urgency and respect is that the remedy comes from Africa. 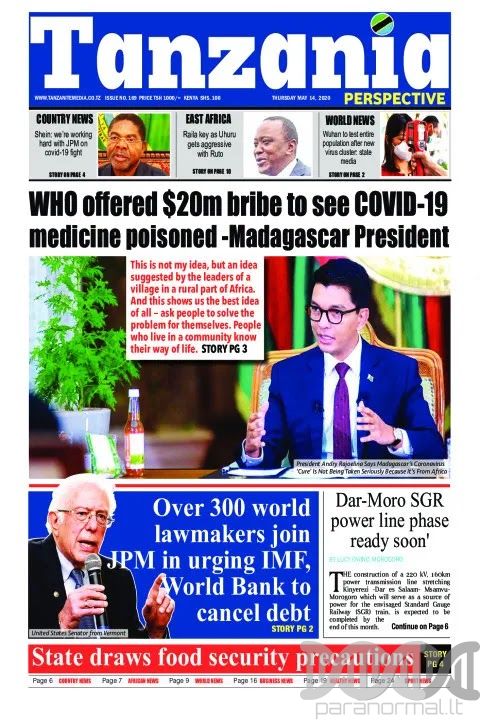 In an interview with French media, President Rajoelina reportedly said he has noticed what he believes stems from usual condescension toward Africans.

“I think the problem is that (the drink) comes from Africa and they can’t admit… that a country like Madagascar… has come up with this formula to save the world.”

“What is the problem with Covid-Organics, really? Could it be that this product comes from Africa? Could it be that it’s not OK for a country like Madagascar, which is the 63rd poorest country in the world… to have come up with (this formula) that can help save the world?”

“If it wasn’t Madagascar, and if it was a European country that had actually discovered this remedy, would there be so much doubt? I don’t think so,” said Africa’s youngest head of state, the President of Madagascar Andry Rajoelina.

The remedy, COVID Organics, is made from Artemisia, a plant imported into Madagascar in the 1970s from China to treat malaria. Artemisia has had proven success against malaria and according to President Rajoelina it can cure COVID-19 patients within ten days.

However, the WHO has criticized such natural therapeutic measures against the coronavirus as blind faith. In response to the skepticism with which the WHO is treating the COVID Organics, Rajoelina said, “No country or organisation will keep us from going forward.”

A host of other African countries including, Tanzania, Guinea-Bissau, DR Congo and Niger, have imported the Madagascan made recipe. Source