The Origin Of The Dead Woman’s Crossing Legend 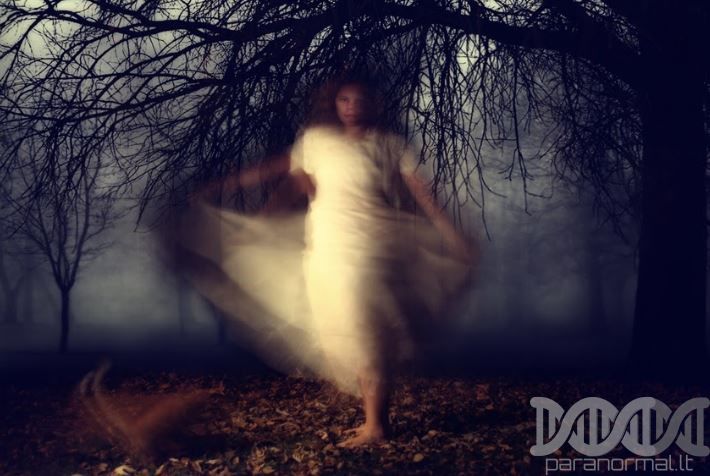 Dead Women’s Crossing was a haunted spot investigated by historian and investigator Susan Woolf Brenner. Brenner was first interested in the place when she heard its name and thought it strange.

But what she uncovered when she began investigating the strange location with the help of local records was a story and a mystery that left many questions unanswered even to this day. And there are those who even say the place is haunted.

It all started in the summer of 1905 when a schoolteacher named Katie DeWitt James filed for divorce. The next day, she carried her 14-month-old daughter Lulu Belle to a train station in Custer City.

James was going to visit her cousin who lived in Ripley. Her father Henry DeWitt came to bid farewell; her husband Martin James did not come to the station.

A few weeks later, Henry became concerned that he had not heard from his daughter. He contacted a sheriff, who suggested hiring a detective named Sam Bartell. Bartell started his investigation from Clinton, but nobody remembered seeing a woman and a baby there.

Then on July 28, 1905 in Weatherford, Bartell learned that James and the baby spent a night in the house of William Moore. They were brought to this house by Moore’s sister-in-law Fannie Norton, a resident of Clinton who also was known as Mrs. Ham, and reputed to be a prostitute.

In the morning Norton, James, and the baby left in a buggy, headed for Hydro. Eyewitnesses reported that buggy entered a field near Deer Creek, and Norton came out alone approximately 45 minutes later. Norton returned to Moore’s house, and then back to Clinton.

Later, Bartell discovered that two women and the baby were seen around Deer Creek. The detective also was able to find the baby. The witness testified that Norton left the baby with a boy, and asked him to take the baby home. The baby was unharmed, but her clothing was covered with blood. Where had the blood come from?

While locals searched for James, Bartell tracked down Norton, who denied she murdered James. Later that day, Norton committed suicide by poison.

On August 31, 1905, James’ remains were found near Deer Creek, about twenty miles east of Clinton. Her head was severed from her body. James’ father confirmed these were remains of his daughter. Martin James took custody of his daughter. The murder was never solved.

But that wasn’t the final mystery in this case. A pair of travelers passing through town would later happen upon the area and spot the ghost of a woman standing in the woods holding a baby.

As the travelers looked at the woman they at first took for a stranded motorist, she eventually vanished and removed any doubt from their minds that what they had just witnessed was something paranormal.

Reporting their incident, several locals in the area knowingly informed them that they had become the latest witnesses to the ghost of Katherine DeWitt James’ ghost.

But there were other witnesses as well. Witnesses passing through the area would report that strange eerie orbs of blue light would pass overhead and dance about in the trees, sometimes accompanied by a field of what the witnesses could only describe as “energy.”

But perhaps the strangest part of the murder mystery is the fact that the witnesses would so commonly spot the ghost of a woman holding a baby.

Was there another baby involved in the area that could have also died? Or was this simply a projection of Katherine’s thoughts onto the area? Is it possible there was more than meets the eye here?

If ghosts are actual embodiments of spirits that pass on, then the woman should have appeared by herself without the baby. Perhaps this is instead simply a photograph burned into the space she was occupying that could show witnesses what happened just prior to her death.