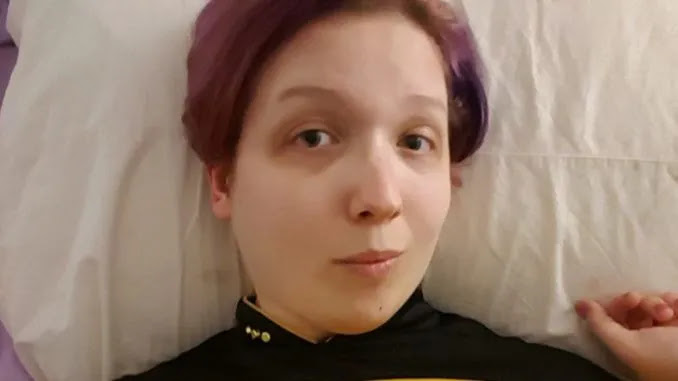 An LGBT activist has called for ALL children to be forcibly put on puberty blockers until they decide what gender they want to be.

No, this is NOT satire.

Zachary Antolak began his life as a homosexual man but now identifies as a lesbian woman named Zinnia Jones and is in a polyamorous relationship with another lesbian named Heather and a transgender woman who was once a man named Penny.

“An inability to offer informed consent or understand the long-term consequences is actually an argument for putting every single cis and trans person on puberty blockers until they acquire that ability,” Jones added.

Summit.news reports: Presumably, the people deciding upon which gender the child will be after a period of God knows how long being poisoned with drugs that block their natural development will be Jones and his ilk.

“It isn’t easy to believe that the federal government will one day mandate puberty blockers for all children until their teachers and other liberal social engineers have had time to convince them they want to be the opposite sex,” writes Dave Blount. “But then, a few years ago, no one would have believed that the federal government would force schools to allow boys who say they are girls to use private facilities intended for people who really are girls. Now it is mainstream Democrat policy.”

“Only the Devil knows what sick nightmares, hatched in the depraved fantasies of guys like Zinnia, may soon be mandated by the Feds under Democrat rule. Those who aren’t on board will be silenced by “hate speech” laws. Their children will be confiscated.”

Meanwhile, the High Court in London recently ruled that under-16’s cannot give informed consent to be treated with puberty-blocking drugs.

A study published after nine years revealed that, “All but one child treated for gender dysphoria with puberty-blocking drugs at a leading NHS clinic also received cross-sex hormones.”