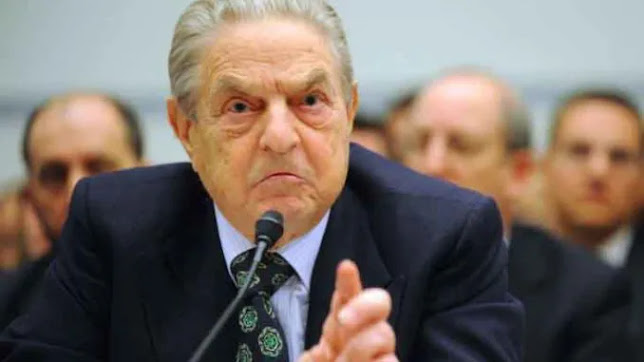 The two anti-globalist nations had been holding up a 1.8 trillion Euro budget and pandemic recovery fund over plans to link cash payouts ‘to a country’s respect for core European values.’

Both nations blocked the approval of a budget last month, accusing globalist leaders of “political blackmail” over the policy which would require that they adhere to the ‘rule of law and democratic norms’ – which include ‘equal opportunities, combating discrimination, and the cohesion of society’ across Europe.

Zerohedge.com reports: Merkel, in response, struck a compromise – temporarily suspending the EU’s mechanism to ‘guarantee the rule of law’ while Brussels goes back to the drawing board, while Poland and Hungary celebrate.

“We have a budget, together with the reconstruction fund, which means big funds for investment, big funds for supporting the development of Poland’s economy, for new technologies, for many goals that need to be implemented, especially now that we want to quickly come out of the pandemic. That’s important to us,” said Poland’s Prime Minister, Mateusz Morawiecki.

Hungarian Prime Minister Viktor Orban was similarly elated, saying “And we could say modestly, of course, that we saved the unity of the union. So don’t forget that this dispute was not only about the rule of law, regulation, financial issues, it was about the future of European Union and the question of what is the power centre of the European Union, the European institutions like Parliament, Commission or the member states?”

And while European Commission president Ursula von der Leyen said the compromise “underlined indeed Europe’s ability to come together and act” during the “worst crisis” the bloc has faced, Soros is pissed.

In a Thursday Op-Ed in Project Syndicate, Soros said Merkel’s compromise “constitutes the worst of all possible worlds,” and treats Hungary and Poland’s challenge to EU values as a “legitimate political stance deserving of recognition” which will “only add – massively to the risks that the EU now faces.”

Soros outlines three “fundamental flaws” in the deal. First, the compromise weakens the rule-of-law conditionality, altering “in substance and intent” the original agreement. Second, it defers the implementation of rule-of-law conditions until 2022, which would “be a true coup for Orbán, as it would delay any possible action until after the next scheduled Hungarian parliamentary elections.” Third, Soros says the European Council is “acting beyond its authority” by constraining the European Commissions’ ability to interpret and act on agreed EU legislation, according to a statement by Soros right-hand man Michael Vachon.

Mr. Soros recognizes the “enormous pressures under which Chancellor Merkel has been laboring” and that “she does not want another country, Hungary, to announce its intention to the leave the EU on her watch”. However, the primary victims of the deal that Merkel has reportedly struck with Orbán will be the people of Hungary, Mr Soros argues.  The reprieve gives Fidesz “more than a year” to change Hungarian laws and the constitution, and to continue to redefine “public funds” in Hungary in ways that enable him to “channel ill-gotten loot from public bodies into private foundations controlled by his cronies”.

Orbán was reportedly considering leaving the EU, writes Mr. Soros, because he “cannot afford to have the sheer scale of his regime’s corruption exposed”, which the EU’s “rule of law” conditionality on the disbursement of Union funds “would invariably have done”.  According to Mr. Soros: “Orbán has stolen and misappropriated vast sums during his decade in power, including EU funds that should have gone to benefit the Hungarian people. He cannot afford to have a practical limit imposed on his personal and political corruption, because the illicit proceeds of are the grease that keeps the wheels of his regime running smoothly and his cronies in line”. -Michael Vachon

Meanwhile, EU law expert Alberty Alemanno tells Euronews that Merkel’s compromise “killed a mechanism that is supposed to guarantee the rule of law” by turning it into an “instrument of last resort.”

The 1.8 trillion package includes the EU’s seven-year budget, worth just under 1.1 trillion Euros, as well as a 750 billion Euro COVID-19 recovery fund (aka Next Generation EU).