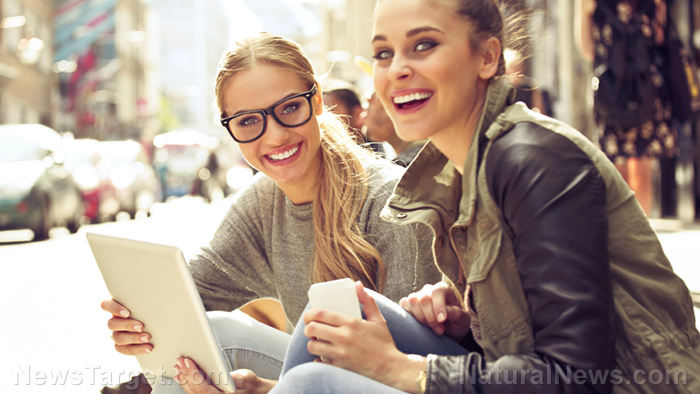 (Paranormal) As much of the talk about the COVID relief bill focuses on the amount of money that Americans will receive in their stimulus checks, digital rights campaigners are sounding alarm bells about three controversial changes that have been embedded into the must-pass law.

In addition to the $1.4 trillion omnibus spending and $900 billion in COVID-19 relief, there are provisions that could see ordinary internet users facing up to $30,000 in fines for everyday online activities such as downloading images and then reposting them or sharing memes.

The legislative text of the relief bill stands at 5,593 pages, so one could be forgiven for not reading it thoroughly, but experts like the digital rights group Fight For the Future’s Evan Greer are drawing attention to the Unauthorized Streaming Act, the CASE Act and the Trademark Modernization Act.

Greer called the law “atrocious,” saying that while millions of Americans face unemployment and the country is in the midst of a massive eviction crisis, congressional leaders could only come up with $600 for stimulus checks yet they managed to fit in handouts to content companies in the bills.

She stated: “The CASE Act is a terribly written law that will threaten ordinary Internet users with huge fines for everyday online activity. It’s absurd that lawmakers included these provisions in a must-pass spending bill.”

Even small changes, Greer said, could have a big impact on the ability of people to express themselves online. The CASE Act, which was sponsored by North Carolina Senator and Chairman of the Senate Judiciary Committee’s Subcommittee on Intellectual Property Thom Tillis, will create a tribunal of “”Copyright Claims Officers” who will be put in charge of resolving infringement claims. Creators could be awarded as much as $30,000 should these officers find that their creative work is being shared online.

The Trademark Modernization Act would allow third parties to ask the Patent Office to reject applications for trademarks to combat “trademark trolls” who profit off trademarks they never plan to use, while another provision would allow businesses to be charged for felony copyright infringement for intentionally streaming copyrighted material online. The act titled, “Unauthorized Streaming” allows for up to 10 years in prison for those who illegally stream copyrighted works like music and film.

Greer pointed out that frivolous copyright takedowns are already a big problem for artists and creators and is calling for a fair system to be put in place instead that will protect human rights and ensure fair compensation for artists.

Several tech trade groups and advocacy organizations have been urging lawmakers to leave these measures out of the bill as they believe they could negatively impact small and medium businesses, libraries, students, teachers, religious institutions, internet users, fan communities and free expression itself.

While creators do deserve to have their hard work protected, the way this law was essentially snuck into the seemingly unrelated COVID-19 bill is highly concerning. It contains major changes that could have serious consequences for internet users and therefore deserved to be discussed and considered thoroughly and openly.

Ultimately, these bills are not related to the emergency measures in the COVID-19 relief plan and have nothing to do with helping individuals and businesses stay afloat during the pandemic, and their sponsors knew that burying them in the legislation meant that there would not be much meaningful debate or discussion about it.