Tex-it? Lone Star State congressman plans to file bill for Texas to secede from the US 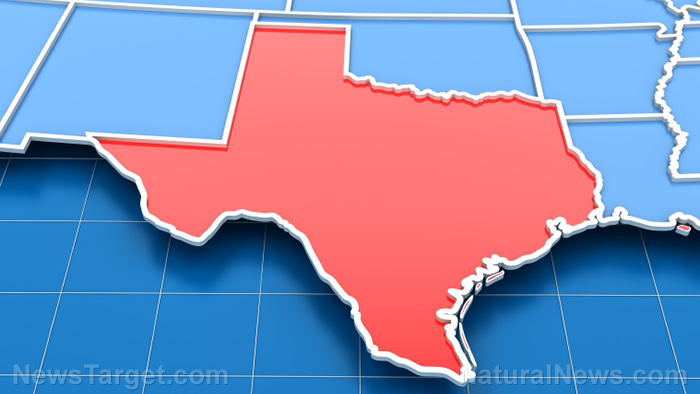 (Paranormal) A representative in the Texas Legislature has floated the idea of seceding from the U.S. through a bill he plans to introduce. State Rep. Kyle Biedermann (R-Fredericksburg) told his supporters through a Dec. 8 Facebook post that he intends to file a bill allowing for a referendum on secession. Biedermann claims that the federal government is “out of control and does not represent the values of Texans” as his reason for filing the secession proposal.

The lawmaker said his proposed bill aligns with the Texas Constitution, which states that Texans “have at all times the inalienable right to alter, reform or abolish their government.” If the bill is filed, the referendum will permit Texans to vote “to reassert its status as an independent nation,” Biedermann said.

He did not offer more specifics about his proposed legislation, which is yet to be filed as of writing. Nevertheless, he committed to authoring the bill and introducing it in the 2021 legislative session to start in January.

Texas seceding from the U.S. would be a legal mountain to climb

Biedermann’s secession proposal may be very unlikely to occur in real life: Secession would be potentially illegal aside from being controversial. The U.S. Supreme Court ruled in the 1869 Texas v. White case that the state is in an “indissoluble relation” when it was admitted into the United States. The ruling further mentions: “The union between Texas and the other states was as complete, as perpetual and as indissoluble as the union between the original states … [with] no place for reconsideration or revocation, except through revolution or … consent of the states.”

In addition, the ruling states that “the ordinance of secession … ratified by a majority of the citizens of Texas, and all the acts of [its] legislature intended to give effect to that ordinance were absolutely null.” Thus, any referendum such as the one Biedermann intends through his bill would be “utterly without operation in law.”

Two professors put in their two cents on Texas breaking away from the Union. University of Texas political science professor Eric McDaniel said in 2019 that “secession confusion” stems from a misunderstanding of the state’s original admission into the U.S. The joint resolution for annexing Texas states that Congress could break up the Lone Star State into five smaller components, but they still would have to be part of the union.

Meanwhile, University of Texas law professor Sanford Levinson added that the U.S. Constitution does not explicitly provide for the possibility of secession for any state. He continued: “The aspiration of the preamble is to create a more perfect union … [which] suggests that there can be no secession – because … [it] destroys the existing union rather than making it ‘more perfect.'”

Proposal echoes Rush Limbaugh’s warning that the U.S. is headed “toward secession”

Biedermann’s proposed bill echoes a warning issued by conservative commentator Rush Limbaugh. During the Dec. 8 episode of his radio show, Limbaugh warned that the U.S. is “headed toward secession.” He suggested that with the current political climate, America is “mimicking the conditions” that triggered the Civil War of 1861 to 1865.

Limbaugh made the warning in response to a caller who asked whether conservatism would triumph in American culture once more. He continued: “It can’t go on this way. There cannot be a peaceful coexistence of two completely different theories of life, … of government … [and] of how we manage our affairs. We can’t be in this dire a conflict without something giving somewhere along the way.”

Seventeen other Republican states supported the lawsuit by means of an amicus curiae brief. However, the Supreme Court dismissed Texas’ complaint Dec. 11 for “lack of standing.” It appears that states are now divided into two camps: One camp adheres to the Electors Clause of the Constitution, while the other camp sees nothing wrong with disregarding safeguards against vote fraud.

Find out more news about Texas and other states seceding from the Union at CivilWar.news.