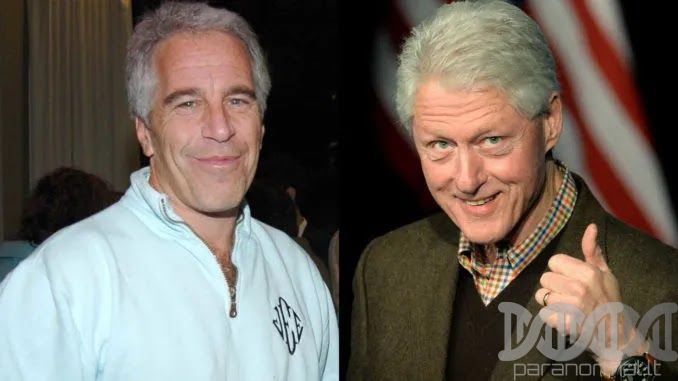 The four-part docuseries which was released on Wednesday, includes an interview from a longtime tech worker who claims he saw Clinton sitting with the pedophile tycoon on the private Caribbean island of Little Saint James.

The Independent reports: There was no one else with the pair, the 70 year old worker Steve Scully said about the sighting.

Mr Scully told the docuseries he also saw other “important people” coming and going from the villa at different points.

Mr Scully told the docuseries he also saw other “important people” coming and going from the villa at different points.

The villa is where Epstein, a convicted sex offender, allegedly held sex parties with others that included underage girls, according to The Sun. The location is also the centre of where people say they saw Mr Clinton while he was friends with Epstein.

Virginia Roberts Giuffre, who has claimed she became Epstein’s “sex slave” at the age of 17, previously said she also saw Mr Clinton on the island, but said he never behaved inappropriately.

“This was a lie the first time it was told, and it isn’t true today, no matter how many times it’s repeated,” spokesman Angel Urena told the New York Post.

After Epstein was busted in July 2019, Mr Clinton insisted he knew nothing about the crimes against his former friend, but he did confess to riding on the financier’s private jet four times.