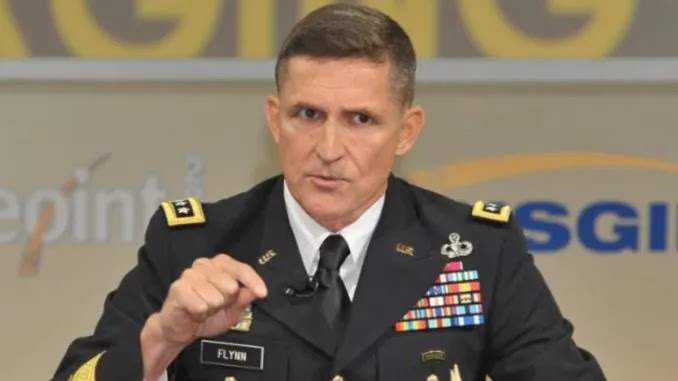 Lt. Gen. Michael Flynn pointed out on Thursday that a disturbing number of election fraud whistleblowers are having their lives threatened, with one being hospitalized in the intensive care unit.

Flynn, who is a client of attorney Sidney Powell, spoke to Fox News’ Lou Dobbs to discuss his recent pardon by President Trump and about the ongoing election scandal unfolding.

“…But we have, I’m aware of people who are witnesses, one of whom is in ICU, another woman who’s had her house broken into twice, another woman who’s had her tires slashed, uh, multiple threats to people’s lives, certainly to their job losses. I mean that, I mean, one of them, that women, woman up in Michigan talked about that yesterday, she had to move, change her phone number, she’s got two children, I mean geez. So, we cannot have that.

“And, I have, I have at least one example, and, and it’s actually more than that but I’ll just–you know, one example of someone going to the FBI reporting what is clearly a crime and then never hearing back from them. So, I, you know, I, I don’t want to leave it at that with you right now, but, but I’m telling you we cannot have that in this country in this crisis that we are going through right now.”

Thegatewaypundit.com reports: Sidney Powell said Monday night on Hannity that a witness had been hospitalized after a beating. Presumably this is the same witness Flynn said is in the ICU.

“They’re gonna lose their job. Their lives have been threatened. Uh, one witness we know of got beaten up and is in the hospital. There have been all kinds of repercussions against people who have come forward to tell the truth. And no, Democrats don’t like whistleblowers, they only like liars who claim they’re whistleblowers.”

The video clip of Powell’s remarks was posted with a heavy dose of snark by a Daily Beast reporter:

This is just sad.

Hannity takes Sidney Powell at her word that her witnesses can't come forward "without certain protections in place" and that they "require confidentiality" because their "lives have been threatened" and one has been "beaten up and is in the hospital." pic.twitter.com/5ZmAUPFIgF